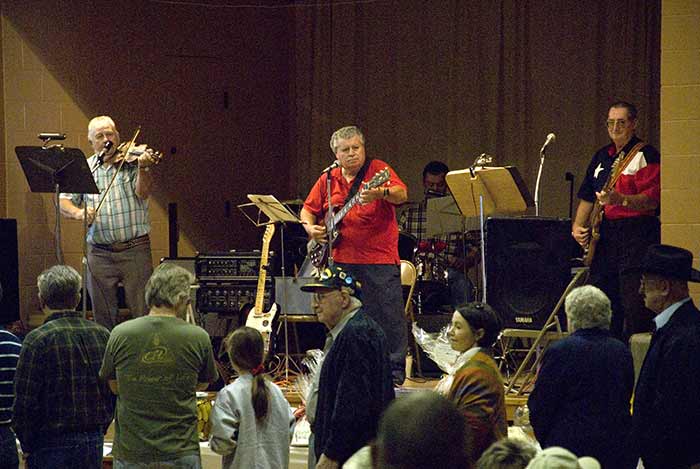 Each year, my wife and I attend quite a few church bazaars and festivals, especially in the fall of the year. We enjoy them all, but our favorite is always the last one we attend each year, the Polish Festival in Brenham. This year, the 17th Annual Polish Festival was held on Sunday, October 28th at St. Mary Catholic Church in Brenham, Texas.

Polish heritage is a big thing in Brenham and the surrounding areas so it was no surprise that a big crowd gathered for the fun and food. In addition to the natives, there were a lot of people with Polish roots from all over Texas.

Inside the large parish hall there were grocery and cake booths and there was lots of fun for the kids outside.

As with most festivals, the biggest draw was the food. Michael Addicks and his crew of cooks serve up some of the best Polish food you will ever eat. The dinner was served from 11 am to 1 pm and for a long time, there was a line around the perimeter of the large auditorium. {quotes}The meal consisted of roast beef, kielbasa, sauerkraut, potatoes and green beans along with your choice of czarnina or rosol (duck or chicken soup).{/quotes} Ice tea and a delicious homemade desert topped off the meal.

Food to go, including homemade pierogi and kiska was sold out of the kitchen and the long line of people testified to the popularity of these traditional Polish dishes.

Dan Cendalski brought his fiddle and he and his band, Dan and the Country Boys, entertained the crowd with a mix of Polish and Country music.

The auction drew a crowd and the bidding went on for several hours. There were lots of homemade goodies and other items up for bid and even a quilt donated by Msgr. Ben Zientek. Msgr. Ben won the quilt at St. Mary's in Plantersville and donated it to the auction. This has been a good year for the priests when it comes to raffle prize winnings. Msgr. Ben's brother Msgr. Boli Zientek and two other priests won raffle prizes at St. Mary's in Bremond. 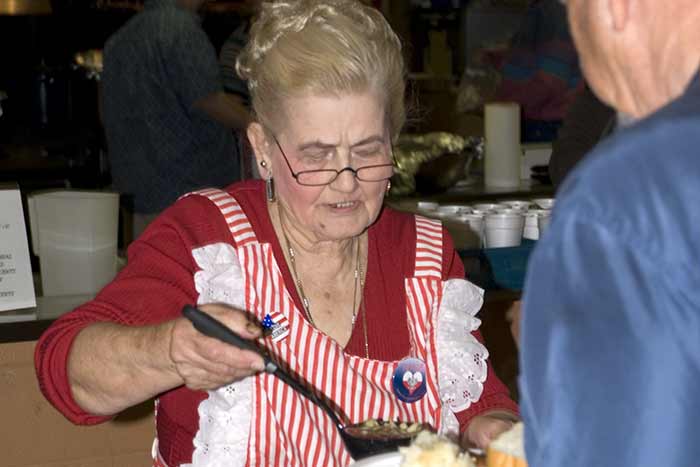 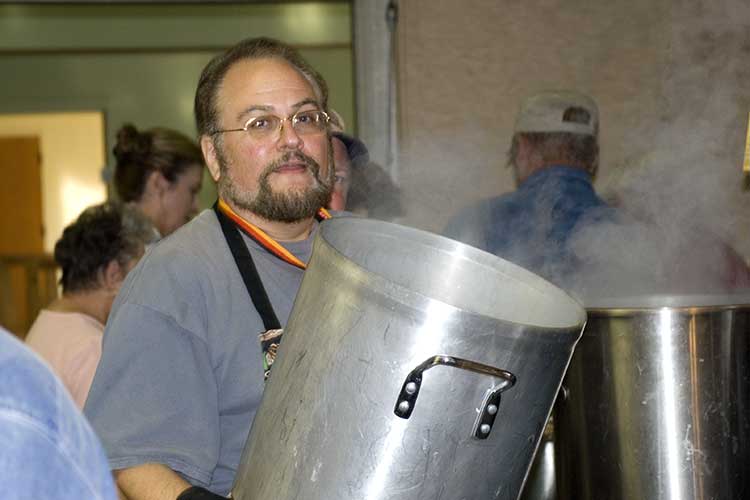 Michael Addicks Getting Ready To Boil A Batch Of Pierogi

Daniel And The Country Boys Entertain The Crowd 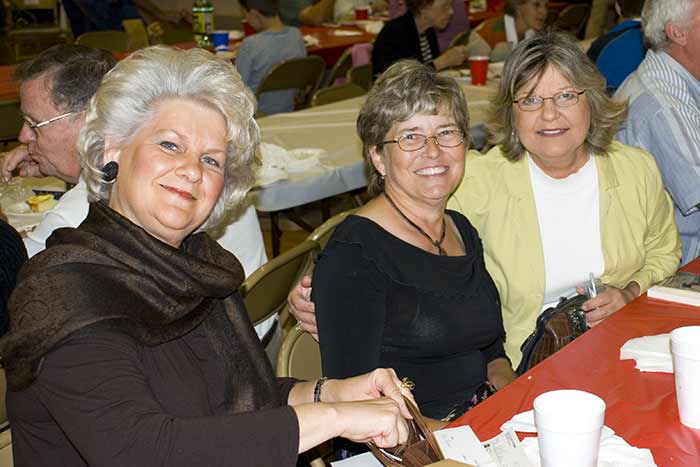 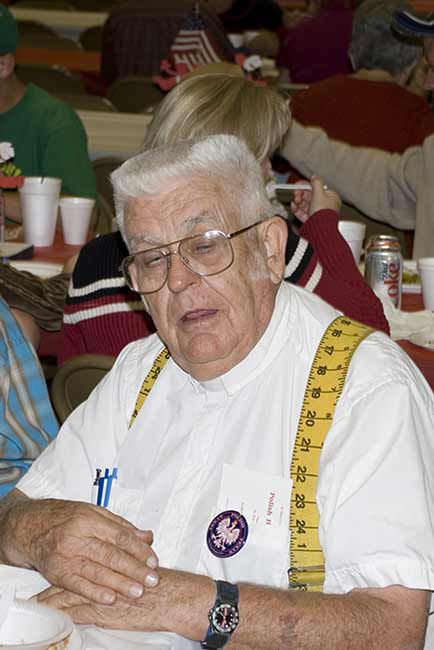 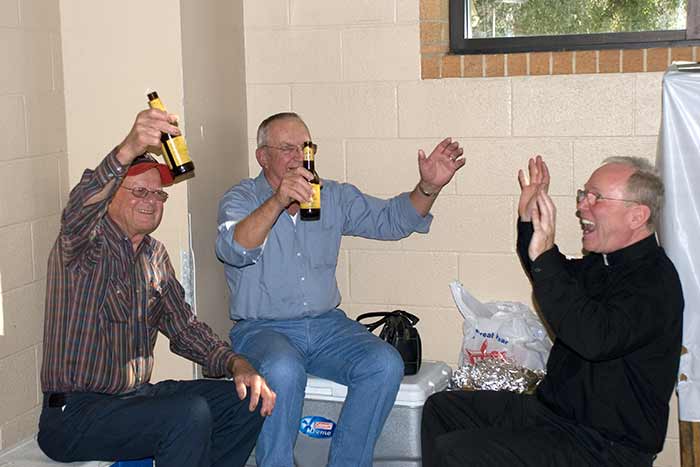 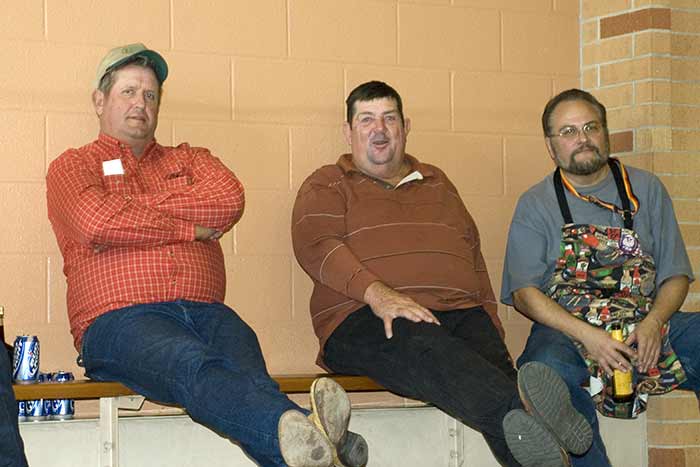