There are lots of events scheduled in Texas for the last holiday weekend of the summer, most noteably the church bazaars on the Sunday before Labor Day. It’s hard to decide which ones to attend, but here’s several of them that relate to our Polish Texan heritage. St. Stanislaus Catholic Church in Chappell Hill, Texas was founded in 1889 by the early Polish immigrant farmers that flocked to Washington County to take advantage of the fertile land in that area.

The parish will be hosting their 73rd annual homecoming bazaar on Sunday, September 5, 2010 on the church grounds.

A catered barbecue meal will be served starting at 11am. Activities include Arts and Crafts, Children’s Games, Country Store, Train Ride, Grocery, Toy, Cake, Ham and Sausage Booths. Bingo and the Grand Auction both start at 2pm and Daniel Derkowski and the River Rats will be entertaining the crowd from 2:30pm to 6:30pm. A dance featuring Daniel Cendalski and the Country Boys begins at 7pm. At 9pm, the raffle winners will be drawn for a total of 25 great prizes. 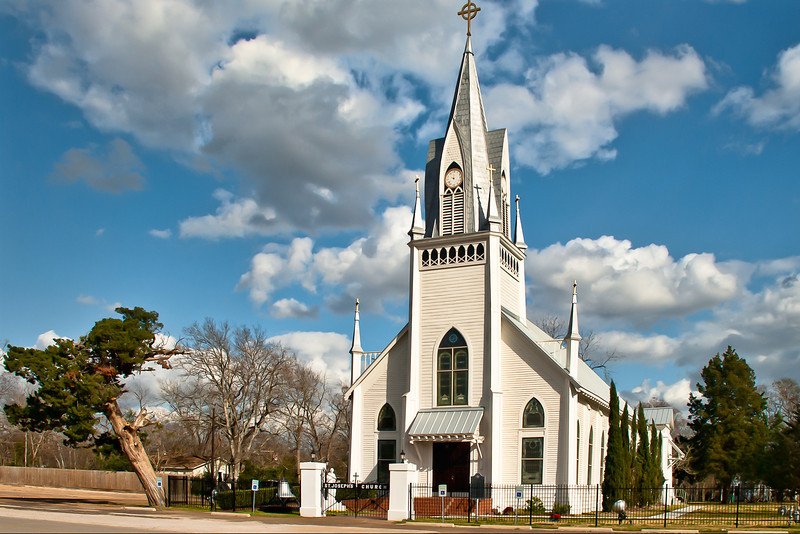 St. Mary’s Catholic Church in Plantersville, Texas whose official name is Church of the Blessed Virgin Mary under the title of Immaculate Conception, Plantersville, Texas was founded in 1894. The most recent church building was built in 1917 by German settlers, but there were many early Grimes County Polish settlers who were a part of this parish.

A delicious barbecue brisket, pork and sausage dinner will be served starting at 11am. There will be lots of fun for the whole family with grocery, cake, toy, fruit, plant and sausage booths, arts and crafts and children’s games. The live auction begins at 1:30pm in the large air conditioned tent. Chris Rybak, the Accordion Cowboy and his lovely wife Edita will be providing entertainment throughout the day.