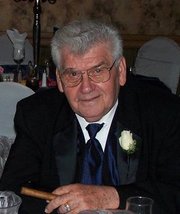 From Texas Dancehall.org “Texas is known throughout the world for its music, culture, and character. We owe much of this legacy to one singular aspect of our heritage – the heritage of the Texas dance hall. No other place on the planet has this heritage, produced as it was by the mix of diverse immigrant cultures on the southwestern frontier.”

Dance Town USA founder Florian Stolarski was born in Chappell Hill, Texas in 1929. His parents were Tom and Teresa Ognoski Stolarski. Tom ran a grocery Store in Chappell Hill 1933 to 1948 and he also operated a dance hall called the Brazos River Hall. It was in the exact spot where the Chappell Hill Sausage Company now sits.

The family moved to Houston in 1948 with the same hopes that their grandparents had when they left Poland which was to increase the chances of a better life. Tom opened a store on Fulton Dr. and several years later sold to Florian. Florian proceeded to build upon that and opened three more stores on Hardy St, Airline, Dr, and Jensen Dr.

When the mega store concept became popular in the 60’s the small neighborhood grocery business became very difficult to compete in so Florian decided to expand his interest into the dancehall business following in his father’s footsteps. Florian built Dance Town USA in 1963, a 20,000 sq ft facility with the idea to feature a Nashville star every weekend. The idea in building Dance Town USA was that if it did not work out as a dance hall he already had the facility designed to where it would easily convert into a “mega” grocery store.

The first act booked was Leon McCullough, a famous Steel guitar player who made his name with Bob Wills and the Texas Playboys, followed by Hank Thompson. This proved very successful and Florian followed this model for the next 30 years.

The importance of a dancehall in a community cannot be understated. Amongst the Texas Poles, House dances were very common and brought communities together for celebration. When they moved to the city they needed a place for social gathering to keep old relations intact and form new ones. Florian Stolarski was integral in forming unity with all of Polonia who lived on the North Side of Houston, TX, whether he knew it, or not, and for this, we are grateful and recognize him now for his contribution.

A few famous stars who performed at Dance Town: