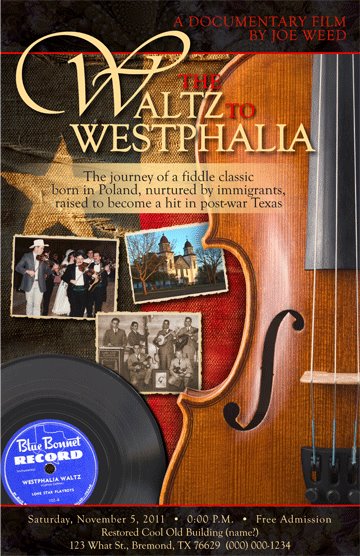 On the first weekend of November, 2011, Austin, Bremond, and Westphalia, Texas all welcome Joe Weed, documentary film maker from San Jose, California. He will show his new production, “The Waltz to Westphalia.” He will also explain why he produced this 60-minute film about a tune known and loved by Texans for more than fifty years.
…